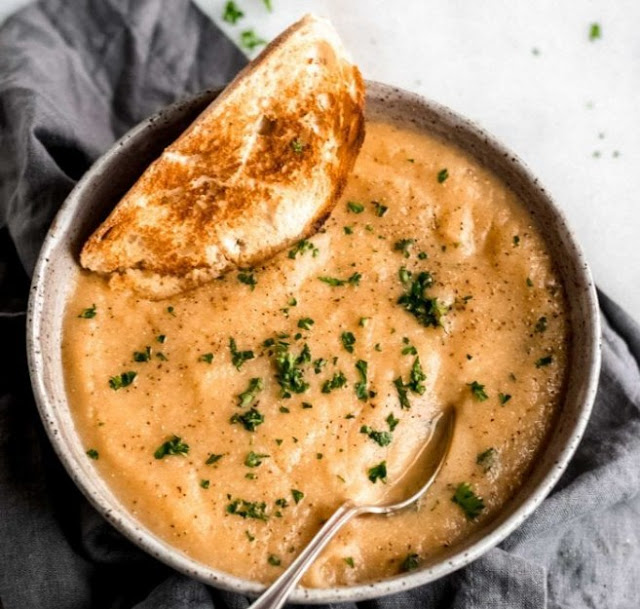 This is an excessively straightforward soup where you meal up the cauliflower and a couple of heads of garlic and make a soup with them alongside a lot of softened asiago cheddar! Other than the time that it takes to dish up the veggies this soup is anything but difficult to make and it requires next to no hands on schedule.

While the cauliflower is cooking or while the soup is stewing I like to make a crunchy popped quinoa and chia seed beating by toasting quinoa until it pops (like popcorn), alongside panko bread pieces, sesame seeds and chia seeds! The crunchy garnish includes an extremely pleasant difference in surface and I like to add lemon pizzazz and parsley to the blend to light up things up!

A velvety cooked garlic cauliflower soup with a lot of asiago cheddar and a crunchy popped quinoa and chia seed beating!

Ingredients
For the soup:

For the crunchy topping:

Directions
For the soup:

For the crunchy topping: