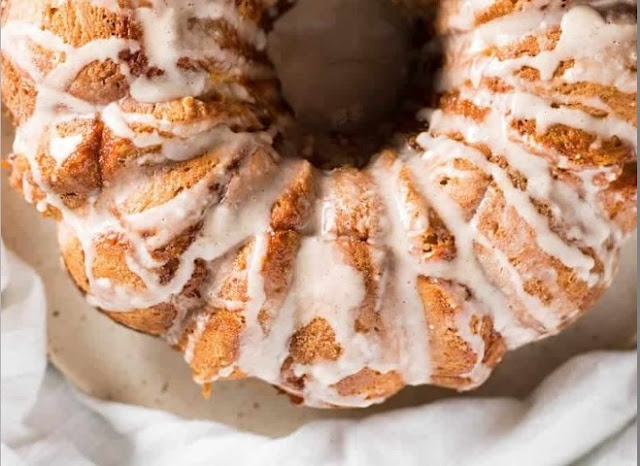 I don’t think about you, yet I am sooooo energized for fall! I understand that I will most likely be eating these words come January, yet I am prepared for some alleviation from the outrageous warmth. There are numerous different reasons that I energetically envision fall each year… the evolving leaves, fall home stylistic theme, Buckeye football and of course Pumpkin Season!

My Pumpkin Zest variant of the darling monkey bread shares a portion of the qualities of its conventional monkey bread cousin, however is imbued with layers of pumpkin-y pumpkin-ness (I realize that isn’t a thing, yet I figure it ought to be).

Monkey bread is fundamentally similar to a draw separated portion. The manner in which I depict it resembles getting the center, most delectable and gooey chomp of the cinnamon come in each nibble. In any case, this isn’t simply cinnamon move monkey bread.

This Pumpkin Zest Monkey Bread with Cream Cheddar Coating is an ideal prologue to one of the most loved kinds of the fall season!