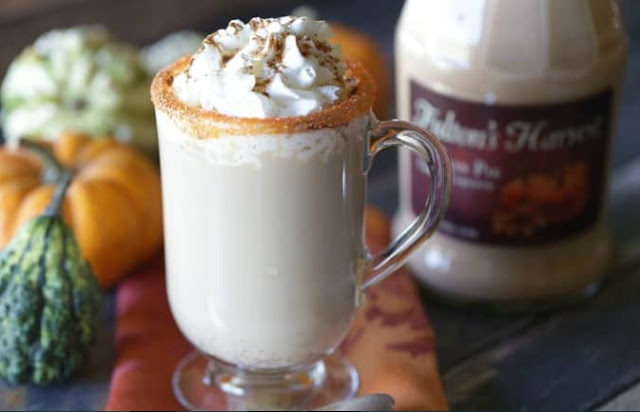 Everyone cherishes a pumpkin zest latte, isn’t that so? I absolutely do! You can discover this pumpkin seasoned espresso drink at pretty much any café this season. I’ve attempted pretty much every rendition that there is. Along these lines, when I went over a container of pumpkin pie seasoned vodka, I realized I needed to think of a grown-up form of the pumpkin flavor latte. I consider it an inebriated pumpkin latte.

I know, it may not actually be a latte since we’re not steaming any milk and the milk to espresso proportion isn’t 1:1. However, that is on the grounds that I’ve supplanted a portion of the milk with other wonderful stuff… pumpkin pie vodka and RumChata!

Simply blend some espresso, milk, RumChata, pumpkin pie vodka, sugar, and ground cinnamon together and you have an astounding fall mixed drink.

I made a hot espresso drink for myself, which I bested with whipped cream and ground cinnamon. This would be great for fall nights around a pit fire, or crisp daytime closely following.

I also made an enormous pitcher, which I put away in the cooler. At that point, poured it over ice to make frosted smashed punk’n lattes for a group. This would be an ideal mixed drink for a gathering or occasion get together.

Tipsy Pumpkin Latte – RumChata and pumpkin pie vodka are the mystery fixings to this astounding fall mixed drink. Serve hot with whipped cream or over ice.

For a Pitcher (about 8 cups)